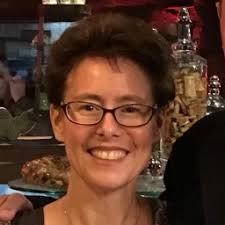 The coyotes moved into the woods behind my house just after I learned I was pregnant. On a quiet June morning, while my husband slept, I pulled on my running shoes and grabbed a leash from a hook at the back door. Jute danced around my feet on her pipe-cleaner legs, whining with impatience. It would have taken more than this to wake Matt, but I hushed her complaints with a raised finger and we slipped outside. A light breeze blew the native grasses into brown and golden waves as we wandered, camouflaging Jute’s compact frame. She sniffed the dirt, ears telescoping as though she were asking a question. When we reached a shady thicket of red madrones and live oaks, I unclipped the leash and wound it around my wrist.

It was over with Richard, had been since I’d found out about the baby. Anyway, I had come to believe that adultery sounded more illicit than it actually was. Between managing my schedule with Matt and making time to rendezvous with Richard, an affair often seemed more about time management than sexual gratification. I was meticulous with the calendar, but I would have known that the baby was Matt’s regardless, because Richard’s sperm could not locomote. He had told me so early on, while showing me the master bedroom of his faithfully restored North Oakland Victorian. His unexpected disclosure had interrupted my admiration of the exposed brick walls, so unusual for the earthquake-conscious Bay Area. Matt was having dinner just then with friends, thinking I was helping my mother set up her new television (she would be dead within a few months, but we all pretended to be optimists then), so he was eating eggplant parmesan at the Saturn Café as I lay with Richard on his king-sized bed, hearing words like motility and capacitation. Richard’s sober tone had suggested that I might comfort him in his sterility, which I did, if the definition of comfort was a passionate encounter that lasted as long as one might spend unboxing a 48-inch HDTV and connecting it to both Netflix and Hulu. But Matt and I had tried to have a baby for three years, so I took the pregnancy as a sign to recommit myself to my husband, who, predictably, jumped up and down on our unmade bed when I shared the news, attempting, in his white-socked excitement, to pull me up with him, not realizing that doing so might judder the bundle of cells loose, delivering me back to Richard and a childless but aesthetically pleasing life.

Announcing the Winners of the Larry Levis Post-Graduate Stipend