Read an excerpt below. 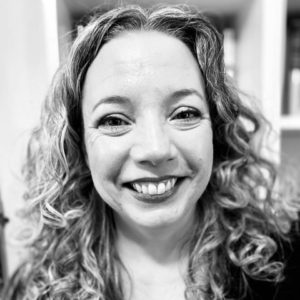 You Can’t Tell This Story Without Telling That Story

When someone asks about her adolescence, which isn’t very often now that her kids are grown. and distant, now that she no longer spends her days working next to Carol and Maria at Jesper Ammunitions, her nights down at the Anoka Legion, Patty prefers to tell the story of how she ran away from home when she was fourteen, washed her hair in the Nicollet Mall fountain on principle, and spent the night on the third floor of a dingy house next to Loring Park, a more discerning and attentive member of the BPM’s motorcycle club locking her away in his room to protect her from the other members and their buddies.

“I thought he was just beautiful,” she would say of the young biker, Scottie. “He had this long, curly, dark hair and a moustache. I can’t remember if his cut-away was denim or leather. I guess it could’ve been either. I asked him if I could go potty, and he said ‘you can’t now,’ because there was a party going on downstairs, and if anyone knew I was there well, who knows what would’ve happened.” She’d watch the listener, her eldest daughter, a lover, or the woman perched at the bar at the Legion, for the tell-tale signs of panic, and then relief, and then disbelief when she’d state that her older brother, Jacob, miraculously found her the next day perched atop Scottie’s shoulders walking out of a small sundry shop on Nicollet Avenue. There was no questioning Jacob when he told her to get down from there, neither by her nor Scottie. She’d posit that maybe there was an air about Jacob that Scottie respected because he’d just gotten home from Viet Nam, and he “didn’t give a shit about who’s shoulders I was on. He looked like he was gonna explode.” Jacob took her to his apartment where his new wife, Sandy, clucked and paced and fed Patty a tuna sandwich and cold can of Coke. “It was one of the best meals of my life,” she’d say.

Patty does not prefer to tell the story about how three years later she was raped and subsequently became a mother.

She has never admitted the toll the violence has taken on her.