“To the Train Station Fortuneteller” by Daniel Tam-Claiborne (Fiction ’20)

Fiction alum Daniel Tam-Claiborne was recently featured in  Off Assignment. Read an excerpt of “To the Train Station Fortuneteller” below: 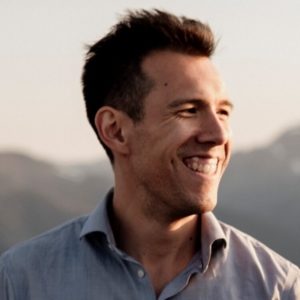 To the Train Station Fortuneteller

It was 2011. I’d reached the end of my two-year teaching fellowship and, in less than a week, would be returning to America for good. Alex still had her second year to go, and we both knew I could have stayed on at the university to be with her. I didn’t want to admit it, but I had doubts about whether we’d make it. I was worried that, years later, I’d lament the fact that were it not for our chance proximity in a small Chinese town, we’d never have gotten together in the first place. Our relationship had always felt firmly rooted to the present.

I pinned my hopes on Kashgar—a literal oasis in the Tarim Basin, the epicenter of Silk Road trade and about as far in China as we could go to try and postpone the eventual decision. I knew it might well be our last grasp at salvation. Kashgar was a city that had endured more than two millennia, the rise and fall of empires. Oft-threatened, it had, each time, survived: a reminder that there could be something worth saving for us, too.

But when we blew past you into the railway station, my confidence plunged. There were at least a dozen different ticket lines, and it was impossible to tell where each one started or ended. All around me were old men in saggy khakis, teenage boys wearing knock-off Emirates jerseys, gray-haired ayis in colorful headscarves. I found myself pressed up against a man in a blue silk shirt—hands shoving, feet epoxied to the ground—my own white t-shirt yellowing at the collar.

Daniel Tam-Claiborne on the Web: