Fiction faculty member Robin Romm was recently featured in The Sewanee Review. Read an excerpt of “Marital Problems” below: 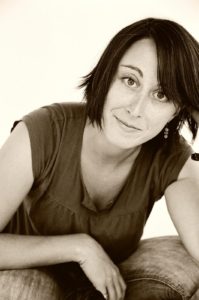 “I think Marco’s having marital problems,” I tell him, moving a rock and peering under it, testing to see if the earth’s been disturbed.

“Whatever,” my husband says. “He can still find some guys to move this shit.” He has dirt on the top part of his shaggy sideburn. If he swipes at his brow again, he’ll wipe it into his eye. I don’t mention this to him. “His wife has nothing to do with this job.” Victor takes a piece of wood and hurls it at the corner. “Anyway, what makes you say that?”

Whenever I predict the dramas of other men, Victor frowns and squints his eyes. He doesn’t care, really, if I know such things about my female friends. He’ll often jump into the fray with that sort of gossip. He loves a good postpartum depression story, a colicky baby, an eating disorder. But when I surmise a man’s emasculating salary, his attraction to domineering women, his obvious lust for a clichéd paramour—a nanny, a personal trainer—Victor recoils. You don’t know that, he’ll say, and it becomes clear to me, the boy he was at sixteen.

“The Average Driver Will Be in a Car Accident Once Every Eighteen Years”...

“The Lesson” by Daniel Tobin
Scroll to top