Poetry alumn Cynthia Dewi Oka was recently interviewed by PEN America about her recent poetry collection A Tinderbox in Three Acts. Read an excerpt of the interview below: 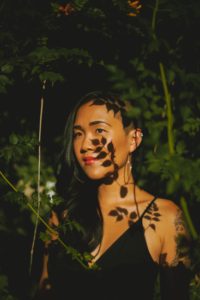 1. I feel as though the most striking quality of A Tinderbox in Three Acts is its hybrid nature. It includes poetry in addition to elements of nonfiction, playwriting, and the visual arts. Can you tell us about the process of combining these disparate genres into one cohesive whole?

To be honest, I was not thinking about genre at all. I was thinking about the ghosts, and what forms felt true to their voices as I heard them in my head. One of them, for example, is a nationalist who felt threatened by the growing influence of the Communist party. He wrote in correspondence form to a US official with language I cut and rearranged from a document in the U.S. Embassy Tracked Indonesia Mass Murder 1965 archival collection. I then wanted the ghosts to talk with each other, and that was facilitated by the playwriting form. And I wanted them to be seen, so I drew the way the ghosts impressed themselves on me while listening to music I felt each of them identified with. The long poem in Act Three is a prefiguration of the march I have not yet had the opportunity to participate in to honor our dead from that period, including the parts and versions of people that had to die in order for them to survive.