Kevin McIlvoy’s work was recently featured in the inaugural issue of The Glacier. Read an excerpt of the piece below: 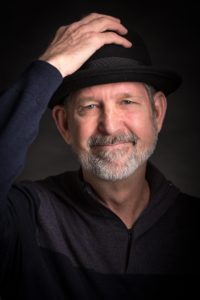 When he retired from the steel mill, B’s dad, a WWII veteran, played golf at an Army depot golf course. He was there two mornings every week, joined by other old mill friends. In the club’s Mess, a burger, beer, and fries cost you a $5 contribution to the VFW. The Mess was the home of a painting entitled, 1st hole – sunrise. The title had been painted onto the molding, which was the size of a small barracks window and was sticky to the touch. B saw the thing many times when he caddied for him or picked him up there. B’s sister, the youngest, who knew their father best in his old age, observed him closest. She said he would forget that he had asked her if she had ever seen anything like the thing, and he would insist she look again.

At the same tee depicted in the thing, B’s father had a massive heart attack. The version of his death B heard is that he fell to his knees, got up. Fell. Came to as if in the haze of a seizure. During the speeding drive, the ambulance attendant, a parish friend, asked him about his handicap. “Hay fever – hay fever’s about it, I guess” was his answer.

An Interview with Peter Orner
Scroll to top