Fiction alum Andrew Kane was recently featured in Juked. Read an excerpt of “Ferals” below: 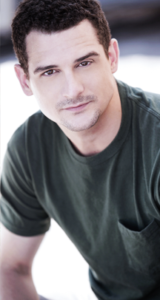 Before they got us, when we were on the streets still, no one had even heard of them. The sound of their bus woke me as it pulled up. It was night in the culvert. I slept in the cave it made when it wasn’t raining, and when it was raining I set for the underpass. There the psychos would really swarm, and you couldn’t get much sleep if you didn’t have a partner to take shifts with. Sometimes I’d partner with Bad Lou or Michael Joseph Rankin, but even then you had to be careful. I kept a knife in my ankle wraps and one under my belt, nearly everyone did, and when times got really bad I had a .22 pistol with three shells. A bunch of teenagers dumped it after one of them shot Bob Suitcase because he called them pretty. Bob lived because they were terrible shots, and because a .22 is mostly meant for vermin.

The bus that pulled up was a Greyhound kind with metal sides, and the guys who got off wore matching tracksuits. Black. I thought it was a band maybe, got turned around trying to get on 95 after a concert at one of the stadiums. Looking back, they must’ve done some research. They knew where to look. When I got on, there were already a half-dozen bums dipping out, chattering, sleeping across the seats. The black suit guys sat near the front, gave us bottled water. Michael Joseph Rankin thought it was a shelter when they said the name of it. It didn’t sound like anything much. A place in the suburbs maybe. Some new age church and their food kitchen. The bus stopped another couple times. More guys like us got on. Only one had to get off because he started smashing his head against the window and screaming about paint fumes. The bus left the city. The roads got darker. We were warm and blanketed and free. They handed out sandwiches in plastic wrap. We didn’t know what to say. They told us we would work for it. We nodded our heads. We wanted jobs we said. Nobody understood us. They nodded back. They understood. Michael Joseph Rankin fell asleep on my shoulder. I hadn’t been on a bus in a while. It was quiet, that sound of the wheel wells, the rolling, macadam