“A Few Minutes After Nine” by Charles Douthat (Poetry ’19)

Poetry alumn Charles Douthat was recently featured in The Los Angeles Review. Read an excerpt of “A Few Minutes After Nine” below: 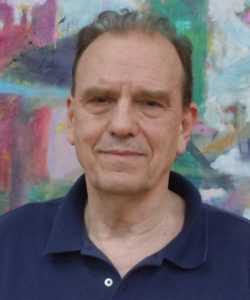 A FEW MINUTES AFTER NINE

I
After Sunday another winter Monday,

and some hours after Monday’s midnight

alone with her, still on the five-to-noon shift

So he woke naturally to the slow, much-alike

as he fulfilled promises made to her

and to himself: he would stay to the end;

he would feel whatever there was to feel;

he would remember how death came for her.

Charles Douthat on the web: