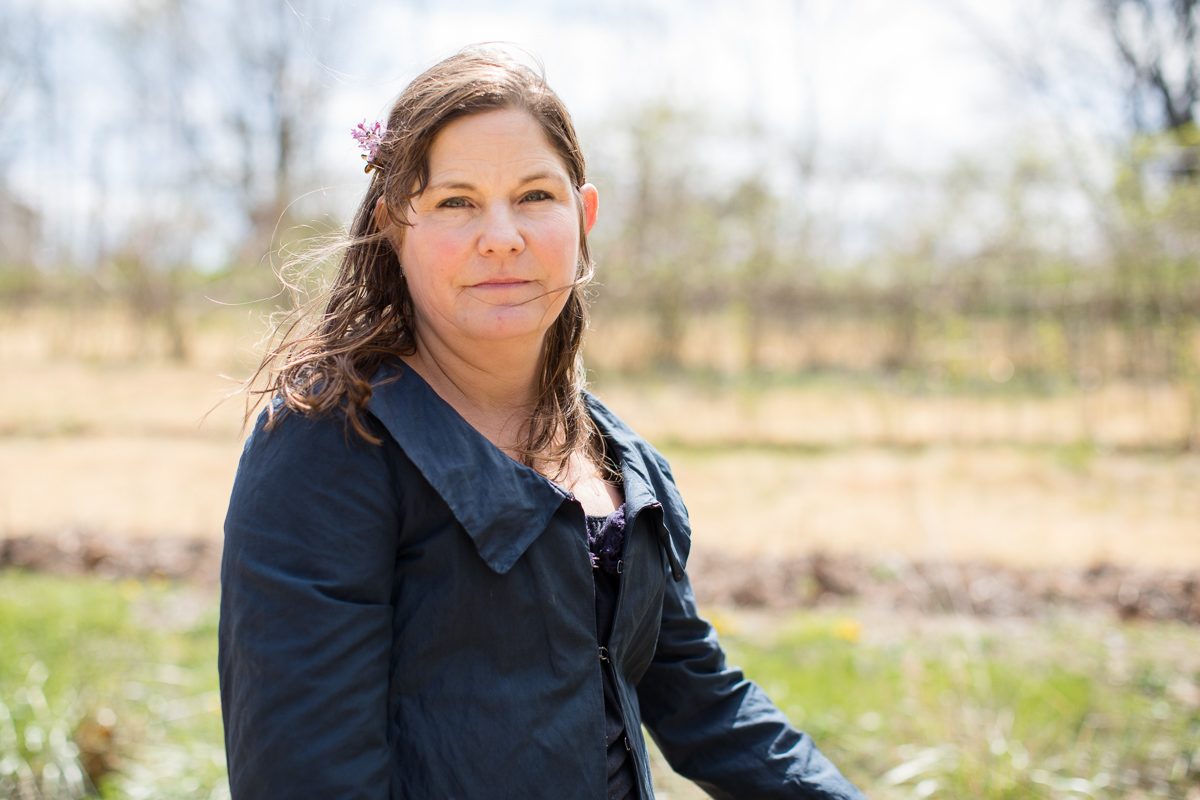 I grew up without guesswork about where we were going to live or what we were going to eat. The rotation of Stouffer’s meals went something like this: Monday: turkey tetrazzini; Tuesday: stuffed bell peppers; Wednesday: creamed chipped beef; Thursday: chicken pot pie; Friday: lasagna. I don’t remember the weekend meals much, though we would occasionally go out to eat. And I was as certain as a person could be that we would never move. That brick house on Garfield Street with its slate roof and radiator heat was part of my mother. She embodied it. There was simply no place else for her to reside.

How I knew my mother had something incurable is hard to say, except we have all witnessed how a dog senses a thunderstorm long before the rest of us. That’s the best way to explain it. My entire childhood, I felt something menacing burgeoning in her, something slow growing, taking over her body. She was a stately, modest woman, and I’d never seen her in anything other than pants suits and house dresses, occasionally a flannel nightgown. Still, I knew that underneath those garments, something had gone irreparably wrong. And when it grew worse, became bigger, overtook her all the way—who would take care of me then? And I was right. The year after leukemia cells got the best of her, The Washington Post ran a front-page story.: photographs of the contaminated soil she’d played in as a kid, pictures of the very street in Spring Valley she lived on cordoned off, her house, her lawn, on the front page of The Post. Turns out, her neighborhood had been a bomb testing ground during World War I. The Army Corps of Engineers has proclaimed the area uninhabitable. As I write this, they are conducting a clean-up of a one-mile wide swath of northwest Washington.

I still have my mother’s address book, a blue three-inch hardback I remember buying together on one of our rare outings. She entered names with a black flair pen in her flawless, left-handed script. Whenever someone moved, she marked through the old address and wrote the new one below it. If someone died, she blacked out the most recent address, then wrote the date of death. Even though much of the book had cross-throughs, she refused to buy another. I can understand why.

I wonder about the van driver who drove my mother’s body from the hospital to the funeral home. It was January, icy and cold. Was he listening to the news? Was she smoking a Salem Light? Did he know what cargo he had? When Gauler’s Funeral Home told us we needed to confirm the body as hers, Clark stood up without pause. Four minutes later, when he came back to the conference room where we were meeting with the funeral home director, his face revealed nothing of what he had just seen: our mother, dead under a white sheet, about to be burnt up. I’ve never asked my brother about it, but my gratitude for his taking on that task will never, ever fade.

Yesterday my students and I set out to compile a list of agreed-upon facts: oil floats on water, if you touch its whiskers a cat will blink, the earth is not flat, pearls melt in vinegar. But the exercise got tricky real quick. We all had to agree it was an agreed upon fact. How long do houseflies live? Do elephants cry? Does time speed up when you get older? In Hindi, there is a phrase: to me, your memory comes. It is the same as our saying I miss you. Hindus use it to address the living. I employ it for the dead. My mother’s memory comes to me. I miss her. Because she was an expert at staying distant in real life (agreed upon fact) now that she’s gone, I miss her in a way that does not fade, guileless and dependable as Elmer’s Glue.

Sometimes I miss my mother so much she turns into the woman on the city bus, the stranger carrying a bag stuffed with cans of cat food. She becomes the single sound I can hear, all my attention has room for. When I got the news of her death, I turned into someone else, and for a very long time—a shocking alchemy. I became a motherless daughter. I became an orphan.
My train is rolling slowly north, rural Virginia countryside. In the town of Orange, I see into shop windows, the tracks mere feet from Main Street. On one corner, a man exuberantly waves a brown paper bag at the passing train. The passenger seated across the aisle from me does not open the book that’s perched on his lap—but I don’t really expect him to. He looks like he’s just heard bad news, the kind you keep on hearing long after the words have been said. The kind that hangs in the air, stagnant and suffocating. It reminds me that there is no good way to get such news, and that there is no wrong way to mourn. On the train, I read a novel, translated from Italian, entitled The Days of Abandonment. Like most books I love, it’s hard to say what it’s about. There’s regret and loneliness, there’s suspicion and disfigurement. And there’s this sentence: we carry in our head until we die the living and the dead. My mother, though she’s been dead for two decades, peoples my head as much as—no, far more than—living people I see every day. There she is in her sitting room, as real to me as these words, as real as paprika.