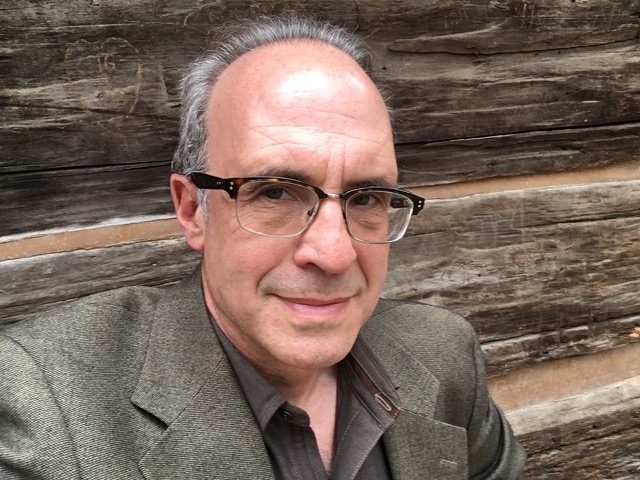 With his mind so neatly made up, Richard Peabody never saw them coming. Through the miasma of overpriced petroleum wafting from the gas tank of his dusty Seville, he’d never even considered in his biblically allotted seventy years the prospect of such pure meanness crossing his path a quarter mile from the brick rancher he’d shared with his first and only wife, where last Easter they’d burned their thirty-year mortgage in the hearth. Paying no mind, pumping his premium at the Gas N Go out Highway 9, Peabody, a retired CPA, Braves fan and Presbyterian vestryman, sniffed for his favorite vice from the boiled peanut stand at the parking lot’s crumbled edge. Steam from the cast-iron kettle rose against the curtain of kudzu that choked the scrub woods, the summer’s hatch of insects screamed in the imprisoned shade. Too late, he heard: “Mister, can I ask you something?”

What? Peabody could smell him before he saw him, the lanky youth in the orange jumpsuit, reeking of work crew sweat. No, he didn’t think so. No good came from talking to strangers, young ones at that, who always asked Peabody to buy them beer.

He never saw the second one, only felt the blow from behind. The hose snatched from the tank and wound tight about his windpipe, the gas pumping against his pulse. Their swift hands dug through his suspendered trousers for his keys, loose change, money clip, cellphone, his balls. He drifted into darkness, then came to with a splash of high-test petroleum on his face.

He couldn’t see a face, only the back of a hand painstakingly tattooed to depict a naked woman struggling in a demon’s claw. The inked hand loomed larger, holding a plastic butane lighter, and he heard the small scraping of the wheel before the world flashed white.

At a station too cheap for security cameras, the sole witness was the black msan in the peanut shack, half-blind with glaucoma, who saw the fatal flash, a fire juggling arms and legs as the Seville fishtailed from the parking lot where what little was left of Richard Peabody lay incinerated.

A couple of states later,[1]  the Seville sped down the mountain with no headlights—no need, given the monstrous moon overhead, swallowing the stars, lending a ghostly glow to the benighted world below.

Jimmy Bray stretched his scrawny right arm out the window, grabbing fistfuls of empty air, then banged his raw knuckles against the still hot roof of the stolen car. He’d spent the first couple of hours running the electric window up and down and hollering into the fleeting woods until he was hoarse, but he still couldn’t shut up: “You believe that shit? Whumph, man, just like that! Fucked up that fucker real bad.”

All of eighteen, Jimmy Bray had never seen a man burned alive, and it was a sight that had scalded his tender eyes. He hung his head dog-like out the window and gulped free air, trying to get the burnt smell out of his nostrils. He ducked back in and drummed the dashboard. Four hours free and counting. Out of useless habit, he cocked his arm and studied his bare wrist, as if he could tell time from the happy fact that no manacle encircled him yet.

Angel didn’t talk much, but you could see the faintest glint of the moonlight on his eyetooth. Homeboy sure had himself some tats, Bray noticed now, ink running up his arm and into the torn sleeve of the orange jumpsuit, exposed brown skin etched not in the seasick green verdigris of most jailhouse art, but a raised filigree of ghostly white welts, a line that looped the wrinkled point of Angel’s elbow, but turned into the maw of a bony face. Shuddering, Bray could swear the demon winked.

With the dashboard dark, he couldn’t see the speedometer or fuel gauge, but Angel evidently could, if only by the feel of the wheel hand over hand, and the squealing complaint of the tires negotiating the corkscrew curves. They must have been running on fumes. No gas station in sight.

“Where the hell are we?” Bray wondered, and the answer flashed ahead—Yonah Fire District—before the metal sign was swallowed in the brilliant shadows cast by the moonlight.

Oncoming high-beams flashed round the curve. Blinded, with bloody floaters across his burning field of vision, Bray craned his neck, following crimson brake lights around the bend. Angel slowed, eying the rearview mirror. One Mississippi, two Mississippi, three—and there, it returned around the rock face, racing down the road with the cobalt lights strobing, the short squawks of the siren.

“Damn, no lights! Turn on the lights!”

But Angel was braking, pulling onto the shoulder, eyes on the mirror as the State Patrol cruiser slipped behind them, then stopped, shooting the high-beams and the side spotlight into their cab. Insects flitted through shafts of white light.

Run, run, Bray was praying. He could see the trooper silhouetted by his own high beams, left hand holding the standard issue flashlight head-high, the right already unsnapping the gun holster.

Bray was flung forward, banging his forehead against the dashboard, then whiplashed like a rag doll against the headrest as their Seville slammed into the grille of the Crown Vic. The advancing flashlight was lost in the crash of chrome and glass and Bray felt a deeper thunk beneath their chassis. The rear wheels began to spin, and a foul burning smell hung in the air. Angel jammed the stick into drive, and there was the sickening thump again, the slight, lifting roll of the tire over the torso of the state trooper.

Angel hit the lights and the tires bounced off pavement through the curve and took the opening in the trees to an overgrown logging road, descending to a cow path, narrowing into a dead creek bed, their headlights bouncing up and down over boulders, like one of the tricked-out lowriders Bray had seen on TV, hopscotching down barrio streets in L.A. But this wasn’t the city, and it was like no country Bray knew. As they pitched headlong into darkness, laurel leaves slapped at the windshield, branches broke, and the glass fractured into a brilliant spiderweb in the moonlight. Angel and his demon-inked arms wrestled with the wheel until the car let out a horrendous metallic scream, the front axle snapped like a twig, and their descent at last halted.

Bray fell out the door. On the mountainside above, the blue lights were still swinging through the treetops. He scrambled against the dented quarter panel, grabbing for purchase at the flattened tire. It may have been mud, maybe oil, but a warm wetness dripped on his hand from the rear wheel well. Five hours free now, he aimed to get the hell away from Angel Jones, no telling what that dude was liable to do or who next.

Bray began to run into the bright night.

Two Poems from “The Afterlife” in THROUGH WATER WITH EASE, a new...

“Ode to My Father’s Failed Heart” in EROU, a new collection from...
Scroll to top