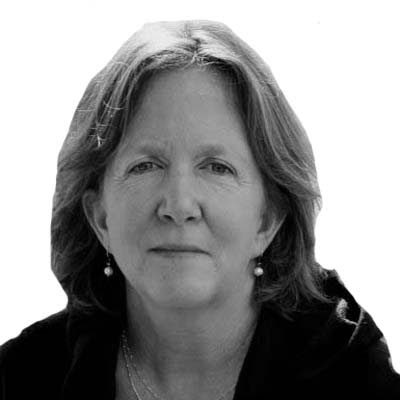 IN THOSE DAYS we gathered in the parlor for the mail. The postman stuffed mailboxes without speaking to us, and our hearts either rose or fell. Later the payphone in the hallway would ring, and one of the girls would answer. You could hear her from your bed. Hello? Oh hey. Sometimes the phone would ring and ring, and I’d go answer. It was him again. His crusty voice betrayed his age.

Men circled the college in their cars alone, slowly driving. We were like candy, we were like drugs, we were the pink of their dreams. Five hundred single girls sleeping in little rooms, windows open to the fresh air.

My girl, my man said, tell me what you’ve been up to.

I never meant to talk to him so much or even learn his name. But in those days we didn’t know what we didn’t know. On weeknights after the sun went down, we withdrew into our rooms. The hall phone rang, someone answered. Another call came, and another, always someone answering. It was our only phone. I waited my turn. As the night went on and the air fell silent and finally I heard the lone searching call, I picked up.

Tell me what you’ve been up to, he’d go, and I’d say something like doing my nails. So tell me what that looks like, and I’d describe my bed. Because he liked to hear about my bed. I do everything on my bed, I told him, I read and do homework and drink hot chocolate and make sandwiches and sketch in my sketchbook on my bed. Now I’m doing my nails on my bed, so I’ve got these little scissors and a new bottle of polish called Hot Kimono, and if I’m not careful it’ll tip and ruin my bedspread. My bedspread? White with little roses, just like you imagine.

That you cannot do, I’d say, and I’d hear his cheek rub against the receiver. But you can call me tomorrow.

In those days some girls cried about not having a boyfriend, while some dropped out of college when they got one. Then there were the girls who were in love with each other. They lived in Horton Hall. I didn’t know any of them, but when I passed beneath their windows it gave me something to think about.

My man said, tell me about the girls, and I’d tell him about the lesbians. Just to see what he’d say. I’d describe girls holding hands in the dark. Really, he’d say, holding hands? But then I’d tell him it’s nothing, it’s just friendship. Sometimes girls just want to get close to each other. Oh yeah, he’d say, and his voice would drift away. I pictured him in a dingy kitchen with a buzzing refrigerator; I had him in a chair at his kitchen table with a Formica top, his spotted hands clutching a coffee mug. A widower, retired, with no one to talk to but me.

Not everybody is a link in a chain.

In those days you could keep to yourself and no one would ask any questions, especially if you weren’t pretty. If you weren’t pretty, who cared what you did in your life? In high school I invented an out-of-town lover named Marshall Smith: I was in a long-distance relationship. I bought a cheap silver ring and wore it on my thumb, a gift from Marshall. Sometimes I loved him, and sometimes I didn’t, and we’d break up. I’d leave his ring on my dresser, thinking I might play the field, but no one ever asked for my number. I’d catch couples kissing in the hall between classes, and my mind would race. Not my heart, mind you, my mind.

An excerpt from THE EXPECTATIONS, a new novel from Alexander Tilney (fiction,...

Two Poems from “The Afterlife” in THROUGH WATER WITH EASE, a new...
Scroll to top